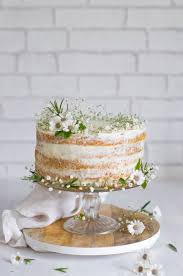 A lot of people have asked me why on earth I’d quit a perfectly good job to study cuisine in the south of France. Honestly, why not? But as that answer isn’t good enough for most people, let’s go into a bit more detail…

I started studying French when I was about eight years old and immediately fell in love with the language… mostly because I liked being able to say things that other people didn’t understand, but I ended up committing to it for the next decade of my life, studying it all the way through until my first year of university. I have a certificate three in French from TAFE and have kept it up here and there since then, mostly through movies about my two favourite comic characters Asterix and Obelix.

Once I graduated high school, I started working part time during university and every spare penny I had went to my ultimate goal: to visit France, which I did at the end of 2008. I then wanted to do university exchange there but it was far too expensive for my 21 year old budget, so I ended up in Albuquerque in South-West USA, where I was able to study food history in 2010. Late last year I popped over to Europe for a wedding and spent a few days in Paris, including one day at a culinary institute. I walked out and texted my mum to inform her I’d be applying for 2015 intake.

Unfortunately I couldn’t afford the institute I spent the day at, mostly because Paris is astronomically expensive, however through Google I found a small school in the south of France and that’s where I’m off to in a few short weeks.

My love affair with food is much older: I grew up in the kitchen with a mother who, while I was a toddler, was a full time baker . She produced fabulous cakes from our dinghy kitchen which she on-sold to several cafes around Adelaide, allowing her to still work while she raised me on a diet of cake batter. I still love cake batter, so very much.

When I was little, I would bake packet mix cakes as they only required water and butter, but I soon outgrew the simplicity of them. I now bake almost every weekend and cook most weeknights, whipping up everything from risottos to macarons. I love creating something that makes others happy and brings people together around a table to catch up.

I often say that everything I know about cooking I learned from my mother and nana, but that’s a lie. While they as the basis of my education, my knowledgebase now expands beyond both of them, as I devour anything food-related, from cooking shows to food magazines, blogs, memoirs of chefs and food critics and even books about eating and cooking throughout history.

I’ve tried as many different foods as I’ve had the chance to, eager to expand my palate and never shy away from trying a new technique in the kitchen. Studying at a culinary institute seemed like a natural progression of my ongoing education in the world of food.

Following the success of my thrifty-living/eating blog, Inner City Stinge, I decided to establish ‘Fine Crumb’ to document my adventures in the south of France. The name comes from the idea that the finer the crumb, the better the cake.

So let’s get cooking!